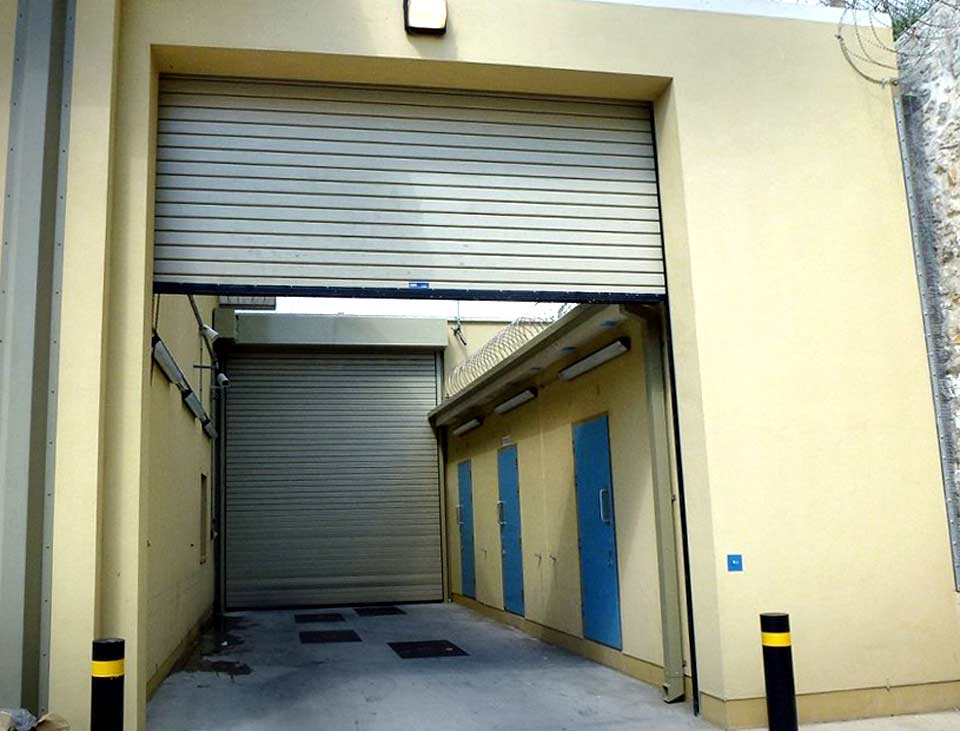 Moorish Castle, situated high up on the Rock was used as a prison from ancient times until very recently when the HMP Windmill Hill became operational in 2010. Ironically Moorish Castle is now one of Gibraltar’s most popular tourist attractions.

This is quite a step up in facilities as the Government of Gibraltar spokesman explained at the opening “The new prison represents a significant investment by Gibraltar in a modern prison, bringing Gibraltar into the 21st Century in this respect”. HMP Windmill Hill has the capacity for holding approximately 60 male and six female prisoners in high-quality accommodation.

HAG supplied the security shutters to help keep the new prison secure. The HAG F1 Armouguard roller shutters were closely integrated with the prison security system to provide a main entrance ‘airlock’. The F1 is a versatile industrial roller shutter featuring a foam-filled galvanised steel double skin and finished in with a protective and attractive powder coating in any RAL colour.
A second project was the fitting of a C1 Armourguard roller shutter to the prison shop to keep it secure when not in use.

Jim Slocombe, HAG Project Manager, recently inspected the shutters after two years of operation and remarked how they remain in pristine working order despite the harsh saltwater environment found in Gibraltar.

HAG is one of the largest providers of security shutters, fire doors and fire curtains in the United Kingdom. Using its own manufacturing and powder-coating plants in Bristol, HAG has 30 years of experience of supplying public and private sector customers. Increasingly, it is exporting its versatile and customisable product range around the world using highly trained local partners. HAG is an active member of the Door and Hardware Federation (DHF).