One of the most prestigious new buildings in the West End of London will be benefiting from industrial doors supplied by HAG in Bristol. 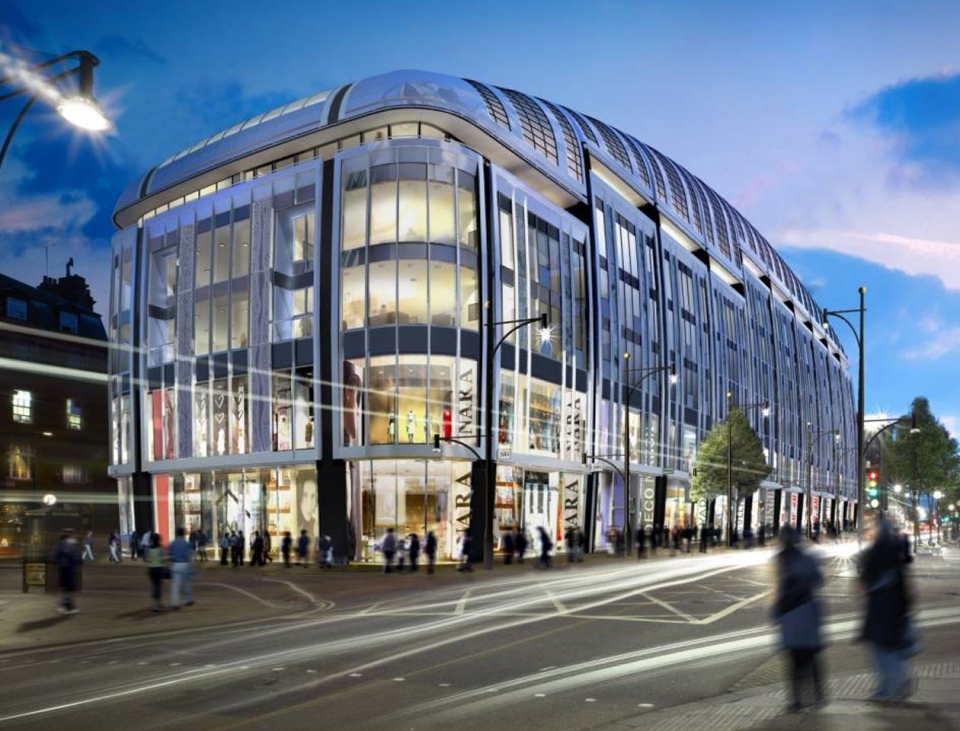 The Park House development has been described as a “once in a lifetime” development – a new building occupying an entire city block in one of the country’s busiest urban locations – and has received praise for its sleek and eye-catching design.

And as we will see, not only is the building itself a break from the norm, so is the role of the doors we have supplied.

A mixed-use development for the times

Park House, W1 is perhaps the very definition of a prestige mixed-use development. Its location in London, at the meeting of Mayfair and Oxford Street, demanded the perfect blend of high-end retail space, luxury residential apartments and top quality office space with an address to impress.

The building was completed in 2012 and has been compared in looks to a racing car. Doubtless, its most impressive exterior feature is the double-height curved glass roof over its upper storeys. It provides eight floors of office space, eleven retail units with double-height frontage. The residential apartments have their own entrance on North Row, and have been cheekily described as having “Selfridges as [the] local corner shop”.

However, for HAG – and anyone arriving at the building by vehicle – by far the most interesting feature is the car park.

Usually, car parking is located in the basement a multi-storey building, which is fine if there are no restrictions on other services. In Park House, however, the car park had to be built into the third storey of the building – which means using a vehicle lift from a ground-floor ramp.

Approaching the vehicle by car means first opening the HAG-supplied car park roller shutters, and as it glides into place overhead, driving into the vehicle lift. Another overhead shutter opens on the third storey as the vehicle arrives to park.

HAG worked for main contractor Mace to deliver these shutters and others to the loading bay. Their decision to work with us came after we supplied six other specialised shutters via a subcontractor on a previous construction in London.

If you would like to discuss security shutter requirements, however out-of-the-ordinary, with our experienced team, please call HAG on 0800 072 3444 to discuss your requirements.