An out-of-town branch of John Lewis in south London is benefiting from the enhanced protection of a HAG steel roller shutter after vandals had targeted its large display window.

It’s one of the largest shutters we have built to date and has led to more requests for doors and shutters at other branches of the John Lewis partnership. 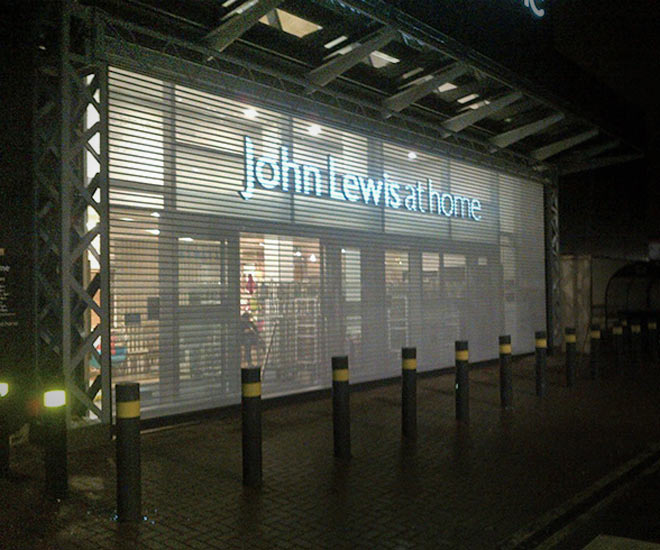 The premises in question, in Croydon, is one of the John Lewis partnership’s “At Home” stores located at an out-of-town development. One of the building’s main features is a huge retail display window – ideal for a furniture and interiors provider.

Because the building had been designed and built by developers and not to an individual tenant’s requirements, no security shutters had been specified – these would be a matter for the occupier to decide upon later.

In this case, John Lewis suffered an instance of vandalism targeting the display window and decided that a special shutter would be needed to protect their property and ensure they avoided any unnecessary interruptions to trading. 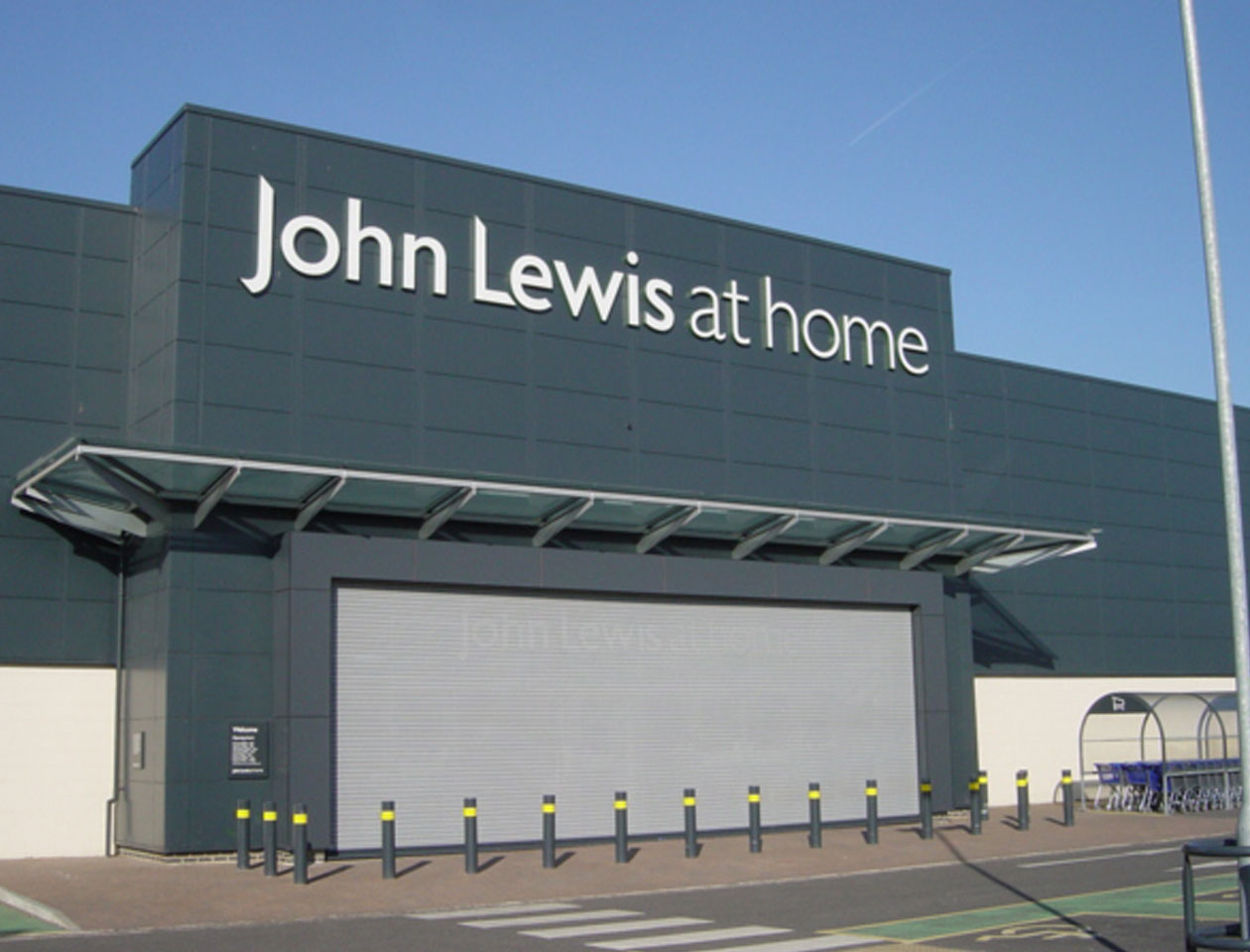 The shutter, measuring approximately 11 metres by 5.5 metres, is the largest HAG have built to date. Its installation depended on a skeleton tower frame inside the store, to support its weight.

Despite its size, its quiet electric opening operates as smoothly as any of the steel roller shutters we supply, and its life will be prolonged by a regular maintenance contract.

In the meantime, this particular John Lewis location is protected against further instances of casual damage that could cost thousands of pounds, not to mention the disruption to trade.

Meeting the requirements in Croydon has led to further requests from stores in the John Lewis partnership. Because over the years we have carried out a lot of special projects – unusual shutter requirements that other suppliers don’t take on – it has helped HAG build up a reputation and be frequently recommended by word of mouth.

If you would like to discuss a shutter requirement, whether everyday or out of the ordinary, don’t hesitate to call HAG’s experienced team on 0800 072 3444.